The Betrayal and Murder of Ernie Ibarra 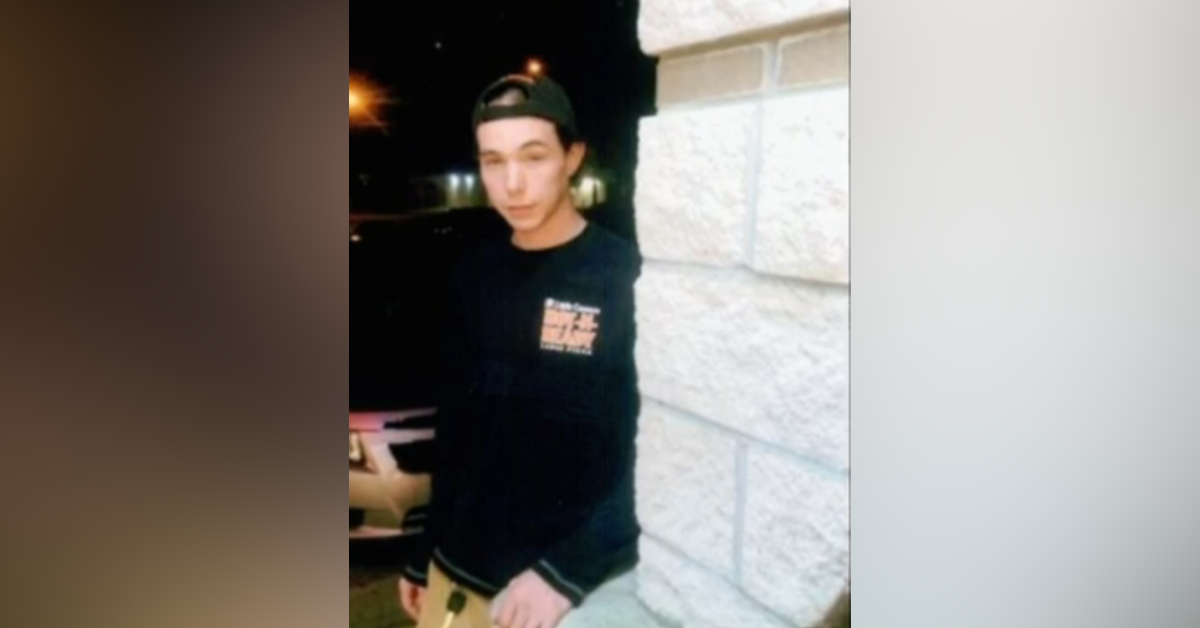 How far would you go for fame?

Samantha Wolford’s answer to that question is hopefully very different from yours. Samantha Wohlford said she wanted to be famous: She had her own YouTube channel and dreamed of being an actress. The only thing she’d ever be famous for, however, was the kidnapping and murder of her husband, Ernie Ibarra.

Music from Uppbeat (free for Creators!):

Hello and welcome to the eastern crime zone, a show about investigations of real true crime cases.

I'm your host, Cassie Malay, and every week I’ll take you through new details about cases you're familiar with and completely new cases you've never heard of before.

If there's a case you're interested in learning more about, please head over to my website www.easterncrimezone.com and leave me a voicemail or send me a DM on Instagram @easterncrimezone.

Coming up in today’s episode:

How far would you go for fame?

Samantha Wolford’s answer to that question is hopefully very different from yours. Samantha Wohlford said she wanted to be famous: She had her own YouTube channel and dreamed of being an actress. The only thing she’d ever be famous for, however, was the kidnapping and murder of her husband, Ernie Ibarra.

Ernest "Ernie" Lee Ibarra Jr. was born on Christmas 1985 in Mount Pleasant, Texas. Ernie Ibarra was described as a very smart person, who excelled in school. After high school, he took computer classes and took a job at a baseball and softball manufacturer. Ernie was an avid gamer and able to perform his own computer repairs.

Then, in 2008, Ernie met Samantha Wohlford at a local tattoo shop and the pair began dating. Samantha was a single mom of two 18-month old twins when they met. They became inseparable, and Ernie’s family said they were very affectionate.

In 2011, Samantha became pregnant again, producing another set of twins, this time with Ernie.  A fifth child surprised the couple in 2015.

Her videos were very inconsistent to say the least. The uploads were sporadic at best and her content was mostly about her personal life including how she wasn’t excited to be pregnant with her 5th child and complaining about dating “losers”.

Just as an aside, I lost brain cells watching Her videos. She has a warped sense that other people care about her life and everything she thinks. The videos themselves are very hard to watch. The camera quality is just awful and she clearly hasn't thought out her content very well. These inconsistencies did not help her youtube channel grow and never brought in an income as she planned.

Over time, her YouTube channel began to consume Samantha’s life. She began paying little attention to her children and devoting increasing amounts of time to her hobby.

The couple also fought over Ernie's gaming habits, especially after his online avatar married a female gamer’s character.rr Because of this argument, Ernie agreed to marry Samantha in 2014. The marriage wouldn't last long, though.

On the evening of  February 20th 2015, Ginger Kesterson calls 911 to report that her neice, Samantha Wohlford was bound and gagged inside her home and that her husband and the father of her children had been kidnaped. Samantha claimed that 3 men broke into her house and hit Ernie over the head about 5 times with the butt of a gun and dragged out of the house. Her five children were all still asleep in their bedrooms. Samantha claims that the men were dressed in black from head to toe and she could not identify anything about the assailants.

As authorities searched the home they noticed no valuables were taken. The front door lay in pieces and there were signs of a physical struggle.

Samantha said one of the attackers held a knife to her throat while Ernie was dragged downstairs and beaten. Afterward, they brought her downstairs as well and used her to taunt Ernie, allegedly asking him how he couldn't appreciate his wife.

Samantha said Ernie was removed from the home while she was taken upstairs and bound and gagged. After the intruders left, she wiggled over to her phone and dialed her mother’s number with her nose.

Investigators asked her about the events of the day leading up to the attack. She claimed she was at the hospital visiting a friend who was having a baby. In the middle of the interview, Samantha had an epiphany about a man known as Johnny Reb. She didn't know his real name, only the name on his facebook page.

Samantha claimed she met Johnny at the hospital and had loaned him her car to drive their friend home from the hospital. She had told him about Ernie's alleged abuse, to which Johnny took umbrage.

Authorities learned Johnny Reb's real name was Johnathan Kyle Sanford, and that the 25-year-old had recently been released from prison for molesting his own cousin. For simplicity, I'm just going to refer to him as Johnny.

After locating Johnny at the hospital Johnny said he had met Samantha days earlier at the hospital through his girlfriend, Sharla Kemp, who had just given birth. Samantha told him about Ernie's alleged abuse and Johnny told her he “could take Ibarra out of the picture,” according to court documents.

To help him, Johnny recruited Jose Ponse and another friend, Octavius Lamar Rhymes. They originally intended to plant methamphetamine in Ernie's truck and set him up for a drug bust, according to court documents. On the night of Feb. 19, Johnny, Octavius, Samantha, and her children drove in her vehicle to buy methamphetamine from Octavius' cousin. At some point, they decided murdering Ernie would be easier.

On the way to the murder, the three men smoked the meth they had bought. After beating Ernie, they drove him to a remote area in neighboring Camp County, Texas, where Jose shot him in the back of the head.

Phone Data would ultimately betray Samantha and reveal her involvement in her husbands murder.

During her original interview immediately after the police arrived to her home after Ernie was taken, Investigators did a trace on Ernie's phone. Around 3:20 a.m They got a ping in nearby Pittsburg, Texas. However, they were unable to locate him and the signal later went dead.

Johnathan Sanford and Jose Ponse pleaded guilty in April 2016 and were each sentenced to 50 years in prison. In December of that year, Octavious Rhymes went to trial and was found guilty on all counts, receiving a combined 93-year prison sentence.

Samantha Wohlford went on trial for the murder of her husband, Ernie Ibarra, in September 2017. She was found guilty and received a 99-year prison sentence to be served consecutively with a 50-year sentence for kidnapping.pp

Samantha will be spending the rest of her life behind bars but she doesn’t intend to be lonely while she’s imprisoned. Oh no no no, Samantha Wolford is on “Jailbabes.com”. This is a website where female prisoners can seek out penpals. As the name suggests, most of these interactions are romantic or sexual in nature.

“There is never a dull moment with me. I am a caffeine addicted Mormon who loves to laugh and enjoy life to the fullest. I love to meet new people. It's always quite interesting getting to know people from all walks of life, so never think we'll be ill matched.

I'm not judgmental. I have a passion for anime, manga, cosplay, cosmetology, literature, gaming and enjoying those I love. I enjoy the outdoors and nearly every animal...cats being the best, obviously, LOL! I'm a bit of a nerd, but I'm fun. I am trying to learn Spanish and I'm nearly fluent in American Sign Language. I enjoy long conversations-I'm a bit of a talker, lol. The greatest gift anyone could ever get me will always be a book, I absolutely love to read.

I work hard so I can play harder.

Write me so we can play together. You won't be disappointed.”

On next week’s episode we’ll be discussing the disappearance of Daniel Robinson. Daniel is a 25 year old Geologist who has been missing since June 23, 2021 from Arizona. 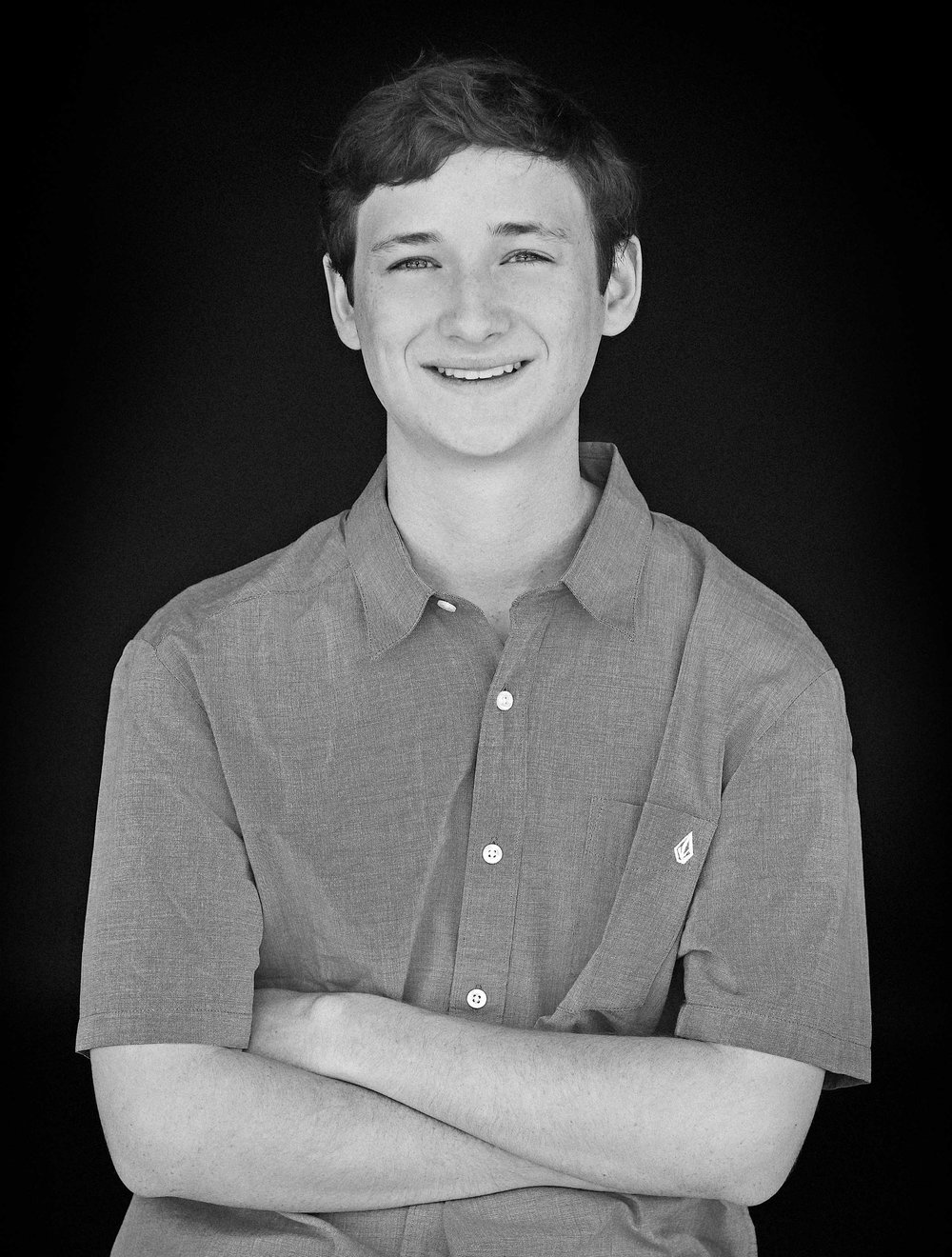 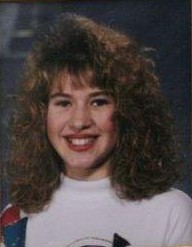